The American retailer will work with the Swedish payment platform, where shoppers will have the opportunity to buy products live on their phones.

Klarna and Macy’s will model the event following enormous success in China and will run for two days – dubbed ‘Hauliday’. Although it’s not as well-known with the US audience, it’s ‘another smart way’ of connecting to customers, the CMO of Klarna explained.

“At face value, it may look strange that Klarna is doing a thing like this,” said David Sandstrom, CMO at Klarna, to Forbes. “But once you get into the weeds, it’s just another smart way of connecting consumers with brands.”

The ultimate goal is to elevate the TV shopping experience on a global scale. “The ambition on my end is to create an ultra-modern QVC,” said Sandstrom. “Without all the cheesy sales tactics and salespeople.” 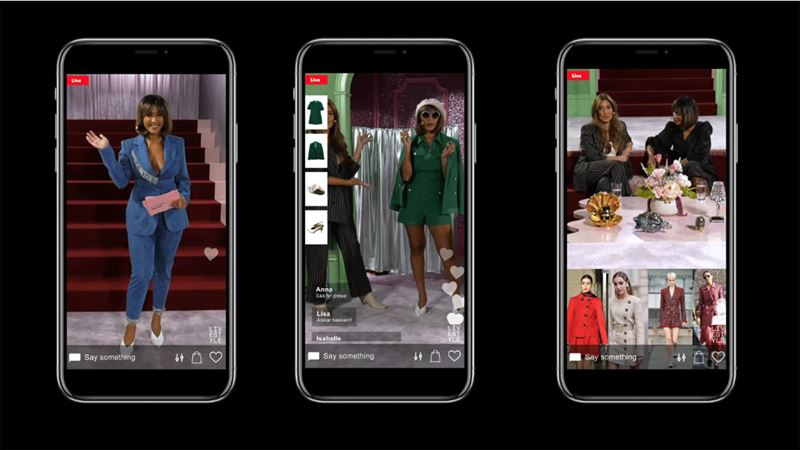 This isn’t the first time Klarna is experimenting with the idea of live stream shopping. In November, Klarna debuted Livestyle, a live fashion show powered by Bambuser’s Live Shopping technology, which launched in 2019.

The payment platform tested out makeup tutorials and interviews with fashion designers throughout parts of Europe, which ran for about an hour.

“Live shopping is sometimes described as a TV shop in budget format, but Livestyle can rather be described as a TV shop with extra everything,” said Emilia de Poret, the Fashion Director at Klarna. “Sweden as a market was quick to catch up on live shopping, but so far, we have only seen the beginning of this phenomenon. I think it will continue to be a big trend next year as well, but in a more refined form.”

According to Forbes, over the span of the six episodes that run, the live stream generated more than 100,000 viewers and ales of over 5,000 products.

Klarna plans to build out its own version of the live stream shopping experience, which would be made available for free within the app itself. “I think traditional e-commerce is going to plateau without adding this dimension,” he said. “It’s the new version of going to the mall together.”

Live stream shopping is a huge phenomenon in China. Maggie Zhou, the MD of Alibaba Group ANZ, told Power Retail not to underestimate the power of live streaming.

“It is even more popular than before,” she said. “[In 2020] many KOLs (key opinion leaders (i.e. influencers)) would do livestreaming to help promote the brand to consumers – and today, even the top KOLs would also invite movie stars to do the live streaming together with them.”

So, will the next move be Australia? It’s very likely, as the popularity of the shopping platform gains momentum. Even Zhou believes Australia should start experimenting with it, given its success in Asia.

“In Australia, live streaming is also becoming popular because people are staying at home, and many are turning to shopping as entertainment—or as we say at Alibaba: ‘shoppertainment’,” she said.

Is live stream shopping the future of online retail? Let us know your thoughts below.