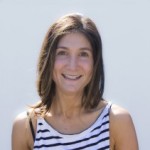 Buckle up, it’s going to be a bumpy ride, as the the ASX Listed E-Commerce Index readies itself for another storm. We’re seeing a lot of talk about a bear market, which is essentially just that the US Stock Market is 20% off its peak. There are mixed opinions here, with many claiming that we’re no worse off than when, say, the market had dipped 19% off its peak, and it’s all just a bit of scare-mongering. For others, the official ‘Bear Market’ categorisation is important, reflecting worries that US inflation data and concerns around central bank policy tightening are leading us towards recession. The reality is that the ASX is seeing some of its worst days since the dawn of the pandemic. We can see how this is playing out on the ASX Listed E-Com Index, where we reported last week that many companies had recorded their two-year lows. We know that the tech sector has suffered (and brought the e-com sector down with it), but how will global financial concerns impact the E-Com Index? While it’s early days, the Index as a whole seems to have taken a battering. In the last week, the ASX200 is down 7.2%, while the E-Com Index is down a much higher 13.4%.

Cettire is the worst performer over the last week, down a massive 24.3% to just $0.39. This is off the back of CEO and Founder Dean Mintz selling a massive stake in the company back in March, pocketing around $47 million. The Cettire share price has lost 78.2% in the last 90 days. While some of this can be attributed to the general downturn, there are factors that are Cettire-specific, namely Mintz, its Q3 results, and questions over its business model that were raised last year and haven’t ever really seemed to satisfy investors.

Source: ASX Listed E-Com Index based on ASX reporting for the period

Another poor performer is Temple & Webster, down 15.5% in the last seven days to $3.65. The company has made no significant announcements, meaning its decline is more likely due to *waves hands* everything and concerns in particular around the home category and its potential for future growth after the last two years. Booktopia has dropped a comparable 16.7% over the same period, continuing its decline after its Q3 results announcement and news that Tony Nash would be stepping aside. As the market awaits news of who will take over as CEO, there is clear potential here for a change in share price trajectory along with a change in leadership.

We’re also waiting on news from the new BikeExchange CEO. The company closed at $0.017 (remaining steady at 0%). It’s a listing that could really go either way now, with its offer to shareholders to participate in the Capital Raise offer and purchase new shares at $0.020 finishing yesterday at 5 pm.  The company has said it has around $2.5m of indicative agreements from major shareholders and directors for the Rights Entitlement announced in May, though the exact figure is yet to be confirmed. Bike Exchange undertook the capital raising transaction to raise $6.69m (before costs). While it says it is in discussions with interested parties about participation in any shortfall, the shortfall is no doubt larger than they would have liked.

The general sentiment is that things are going to get a whole lot worse before they get any better. The question is which companies can withstand the next few months.

Figures are current as at close of ASX on 14 June 2022. This is analysis only and not intended as investment advice.

The e-commerce landscape is changing. With a Power Retail Switched On membership, you get access to current e-commerce revenue and forecasting, traffic levels, average conversion rate, payment preferences and more!