Consumer confidence is continuing to increase, with growth for ten consecutive weeks, providing some comfort and reassurance for retailers heading into the Christmas season. “Consumer confidence is now above the neutral level for the first time since the pandemic began, posting its tenth gain in a row to hit an eight-month high. Notably, there is sharp improvement in ‘time to buy a major household item’, which could signal a buoyant Christmas shopping period. Lower interest rates and the RBA’s commitment to support employment could have been triggers for the gain,” said David Plank, the ANZ Head of Australian Economics. 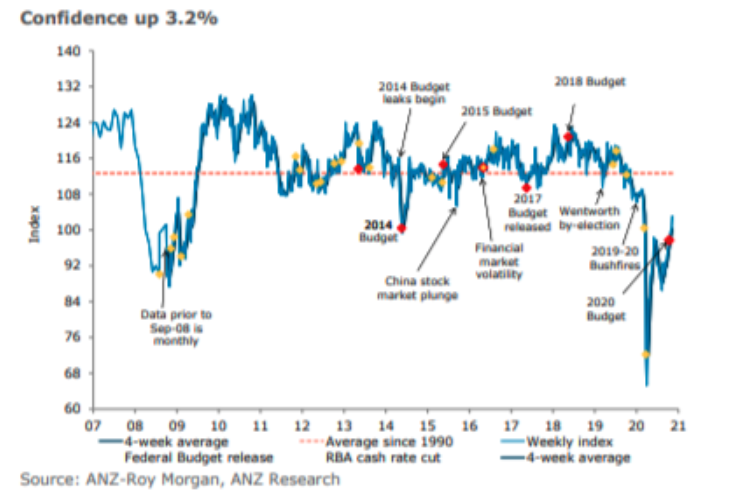 According to Roy Morgan, 27 percent of Australians say their families are ‘better off’ than this time last year, up five ppts. One-third of Aussies (33 percent) say they are ‘worse off’ financially, down one ppt.

“Our concern over weakness in last week’s ‘current financial conditions’ has relaxed somewhat as the fall turned around this week,” Plank explained.