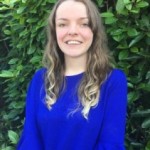 Coles’ third-quarter was heavily impacted by a decline in convenience sales, which offset an increase in food and liquor sales, quarterly report says. For the quarter ending on March 31, Coles reported a top line revenue growth of 0.3 percent, leaving the company with Q3 revenue totaling $9.04 billion.

Coles attributes the small growth percentage to an eight percent decline in convenience sales. Convenience revenue also faltered over the last three months, thanks to poor fuel sales. While more people shopped at Coles’ convenience stores over the quarter (0.9 percent increase), a 14.9 percent decline in the amount of fuel sold brought the category’s overall results down for the quarter.

The decline in convenience sales also impacted the supermarket giant’s stronger food and liquor results, as sales in this department increased by 1.9 percent to $7.7 billion but were offset by the poor results in the convenience category.

According to Coles’ Managing Director, John Durkan, overall sales growth for food and liquor in Q3 is a result of the company’s overarching goal of providing value, quality and service to its customers.

“Continued improvement in customer satisfaction levels was a highlight for the quarter,” he said.

Quarterly results for Coles, when combined with other key Wesfarmers’ businesses, including  Bunnings Australia and New Zealand, had an overall strong quarter, with revenue from the combined businesses totaling $3.04 billion, which was an increase of 8.9 percent.

“Retail execution standards lifted in Homebase in preparation for spring and stores are well positioned for the arrival of the season. But, refinement of the Bunnings’ format is ongoing, with recent conversions reflecting updated range plans,” Schneider said.

Wesfarmers’ tough quarter also seeped into its department store division, as Target’s sales were down by two percent. However, Kmart has continued its momentum both online and in-store, as it recorded a 10.2 percent increase in sales, bringing the brand up to $1.24 billion in revenue.